Our Program Committee have secured an impressive line-up of Plenary Speakers for AESC 2023 who will be speaking on topics related to our principal conference theme of Reimagining the Earth Sciences.

Read more about them below. 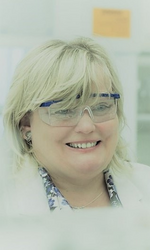 John Curtin Distinguished Professor Kliti Grice is Director of WA-Organic and Isotope Geochemistry Centre in the School of Earth and Planetary Sciences at Curtin University. She is an internationally renowned organic geochemist and a 2021 ARC Laureate Fellow and provides important insights into the mass extinction events that have shaped life on Earth, and has developed the tools to allow further exploration of the Earth’s record of environmental change including species evolution/adaption to the role of microbes in exceptional fossil preservation. From the beginning of her research into compound specific isotope analysis, Professor Grice has progressively developed a platform from which others can expand their research horizons and is one of Australia’s leading scientists and a pioneering female in STEM. She is a fellow of Australian Academy of Science, an Honorary Fellow of the Geochemical Society and European Association of Geochemistry and a Fellow of the Royal Australian Chemical Institute, 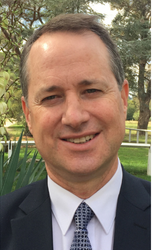 Andrew Roberts is a Professor in the Research School of Earth Sciences, Australian National University. He is a paleomagnetist with broad interests in applying paleomagnetism, rock magnetism, and environmental magnetism to studies of climate and environmental change, geomagnetic field behaviour, geochronology, and tectonics. He has authored and co-authored 300 papers in peer-reviewed scientific journals and is a Fellow of the American Geophysical Union (AGU) and an Honorary Fellow of the Royal Society of New Zealand. He has been awarded the Leverhulme Prize (UK), Axford Medal (Asia Oceania Geosciences Society), AGU Edward Bullard Lectureship, and Mawson Medal (Australian Academy of Science), and was appointed as an Excellent Researcher at the Geological Survey of Japan. He has served for 15 years in university senior management and on scientific advisory committees in the UK, USA, China, Taiwan, France, Germany, The Netherlands, Norway, Australia, and New Zealand. 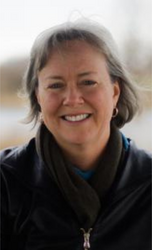 Roberta L. Rudnick is a Distinguished Professor in the Department of Earth Science at UC Santa Barbara. She investigates the origin and evolution of the continents, combining petrology, geochemistry and geophysical data to interpret the nature of the lower continental crust, and whether and how continental crust composition has changed over Earth history. A first-generation college student, she received her B.S. at Portland State University, her M.S. at Sul Ross State University and her PhD at the Australian National University. After holding research positions in Germany and Australia, she returned to the U.S. and served on the faculty at Harvard University and the University of Maryland prior to moving to Santa Barbara. She is a member of the American Academy of Arts and Sciences, the US National Academy of Sciences and is a foreign member of the Chinese Academy of Sciences.